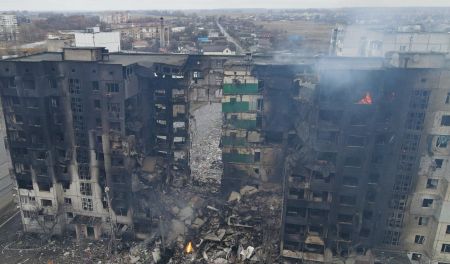 Russian bombardments of major Ukrainian Cities is Escalating & Growing in Intensity. by N/A is licensed under N/A

WASHINGTON, D.C. (Texas Insider Report) — As Vladimir Putin and Russian forces are "increasing bombardments" of major Ukrainian cities, the number of civilian casualties there are nearly five times greater than what the United Nations has reported, says one major U.S. news source. U.S. officers also confirm that Russia has been using cluster bombs in their attacks – weapons that are prone to lesser accuracy, and threaten great casualties on the civilian population.

"Our analysis indicates that almost all of the attacks (of artillery, missiles, and aircraft attacks,) have been in front of Russian ground troops to support ground operations. There's no 'strategic' air campaign that we can see," said one of the three senior intelligence officials quoted. 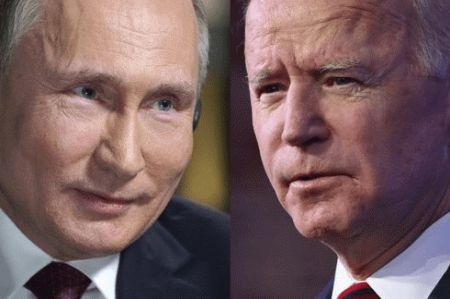 "We observe significant civilian damage as a result of objects falling from the sky," said another, noting that this includes missiles and rockets, aircraft and helicopters that have been shot down, as well as shrapnel and pieces of weapons falling in urban areas.

Three senior military officers say U.S. intelligence has established a number of special cells – at the Pentagon, at the Defense Intelligence Agency, and at U.S. European Command – to methodically track the Ukraine war, both for situational awareness and to document Russian violations of the laws of war according to a story published by Newsweek Magazine Monday, March 7th. The three are active duty officers, and one is involved in the actual cell; the other two are briefed on the results as part of their work on Pentagon staffs.

That's according to three individuals involved in developing the analysis, which shared the sensative information with Newsweek on Monday, March 7th. The officers, naturally, requested anonymity in order to discuss classified material.

"No one in Russia is twisting into a pretzel to avoid civilian deaths," said one of the officers.

"We're not yet even seeing the worst of it."

The U.N.'s Human Rights Offices on Monday confirmed 406 civilian deaths and 801 injuries since the Russian invasion on Feb. 24th. But as more information is becoming known, the U.N. says that the number of civilian casualties "is likely to be much higher".
One of the U.S. intellegence officers said that shifts in where casualties have occurred are due to the progression of the Russian ground campaign. He describes three phases so far: 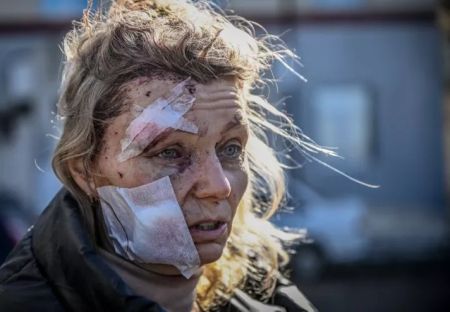 In many of the destroyed civilian structures, a second of the senior officers said civilians are hiding in shelters and basements.

On Twitter Monday, Mykhailo Podoliak, advisor to President Volodymyr Zelensky and the lead Ukrainian negotiator with Russia, said some 202 schools and 34 hospitals have been damaged by Russian attacks, as had some 1,500 civilian residences and apartment buildings.

The U.S. estimates that Russia has:
"We have certainly noticed increases in what we call long-range fires, bombardments, rocket attacks and artillery, as well as missile strikes, and we do assess that these strikes are hitting civilian targets, infrastructure, residential areas," the senior U.S. defense official said Monday.

The U.S. intelligence effort to identify and document Russian attacks and war crimes is derived mostly from satellite imagery which is then matched with on-the-ground reporting and social media posts.

In addition, Vladimir Putin's nuclear threat means that every Russian missile launch (there have been about 650 so far) is closely watched from ignition through detonation. Within seconds, the United States is able to determine the prospective target of attack.

The senior officers all say that close to 30% of the long-range attacks have failed, either because they have been shot down by Ukrainian defenders, because of technical failure, or human failures by the operators.

Ken Roth, executive director of the non-profit organization Human Rights Watch, told Newsweek that the laws of war prohibit attacks on both civilians and civilian objects.

"Attacks on civilian objects can kill or injure civilians immediately, if civilians are present, and harm them over time by destroying institutions that they depend on, such as hospitals, schools, and housing," said Roth.

Roth said he could not speak directly to either the U.N. or U.S. casualty estimates, but added, "attacks that are deliberate, indiscriminate or disproportionate, violate the laws of war."

Russian bombardments of major Ukrainian Cities is Escalating & Growing in Intensity. by N/A is licensed under N/A