Sen. Cruz: Big Tech Believes There Is No Power That Can Constrain Them 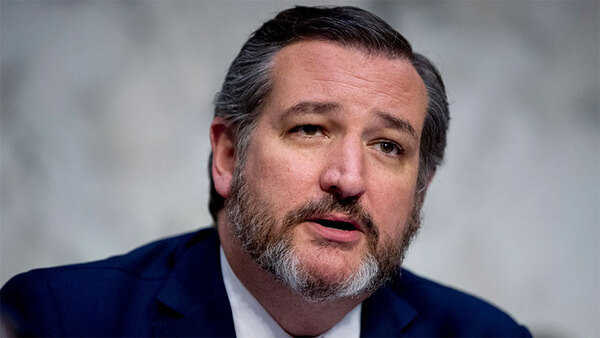 WATCH: Sen. Cruz: Big Tech Believes There Is No Power That Can Constrain Them

ON YOUTUBE’S REMOVAL OF ANY CONTENT ALLEGING VOTER FRAUD
“Silicon Valley believes there is no power on Earth that can constrain them. We saw the latest illustration of this just yesterday, where YouTube announced that it is going to remove any content online that alleges widespread election fraud. […] YouTube said that it’s going to pull down, it’s going to block, content, ‘that misleads people by alleging widespread fraud or errors change the outcome of the presidential election.’ They’re not even pretending anymore.”

ON THE AMERICAN PEOPLE’S VIEWS ON THE ELECTION RESULTS
“Reuters polling shows that 39 percent of the American people believe this election was rigged. That should make all of our hearts ache. That is not good for democracy when nearly half of Americans believe an election is rigged. Now, the members of this committee may have meaningful, substantive dispute about the extent of voter fraud, how widespread it is, what forms it comes in. When Jimmy Carter and James Baker formed a bipartisan commission to study voter fraud, they concluded it was a significant and serious problem that needed to be confronted, and last I checked, Democratic President Jimmy Carter is not some crazed right-wing nut job. And yet […] apparently, if you sat online and read the Carter Baker commission out loud, YouTube just might well block you.”

ON BIG TECH’S ABUSE OF SECTION 230
“The purpose [Section 230] served when these were nascent companies has long since passed, these are the most powerful companies on the face of the Earth and they feel zero accountability to any elected official. For all of us who care about free speech, that should worry us greatly. YouTube’s latest policy is ridiculous. And by the way, if they disagree with someone saying there’s widespread election fraud, there’s a mechanism for that, which is they can share their own views. You can counter it, you can say, I think this is all baloney. That’s fine. That’s called free speech, but simply exercising monopoly power to say the views that I don’t like shall disappear and have never existed, that should scare everyone.”

Sen. Cruz has long warned that Big Tech censorship is “the single greatest threat to democracy.” As chairman of the Judiciary Committee’s Subcommittee on The Constitution, Sen. Cruz is leading the fight in the Senate to hold Big Tech accountable to the American people. Read more about Sen. Cruz’s efforts to demand answers below: Joined Parler, an unbiased social media platform.
U.S. Senator Ted Cruz by N/A is licensed under N/A