Many American Voters say Democrats have an old-people problem - Nancy Pelosi is 80 years old, Joe Biden's 74, Bernie Sanders is 76, and Chuck Schumer is 70 by N/A is licensed under N/A

Race-baiting & Repudiation of Parental Authority are not a Winning Formula

The last couple of days have certainly provided some interesting political theater, haven’t they? Even I’m having a good time.

For the last year, we’ve watched the Democrats not handle winning very well. Nothing is ever good enough for them. 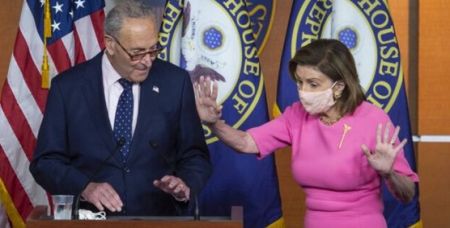 So, since they can’t even win gracefully, it was obviously going to get rough and ugly when they lost again.

I’ve written many times that I believe that Donald Trump broke the Democrats in 2016. Their midterm gains in 2018 and whatever the heck happened last year didn’t fix them even a little bit. They’ve been teetering on the edge of a steep cliff, just waiting for a little push.

Virginia seems to have given them that nudge.

The post-mortem hot takes have begun in earnest, and I have to say this is a level of flailing that is usually only seen when a party gets shellacked in a national election – not after a bad night in just one state.

My favorite assessment so far was offered by America’s Dumbest Bartender (Cong. Alexandria Ocasio-Cortez, or AOC,) which Robert wrote about:

Any sane person realizes that the Virginia gubernatorial election was in effect a referendum on the gallop toward socialism that Old Joe Biden and his handlers have taken the country on since Jan. 20 and knows that race-baiting and the repudiation of parental authority are not a winning formula.

But when we’re talking about rational and reality-based assessments, that leaves out Rep. Alexandria Ocasio-Cortez (D-Trotsky), who has her own analysis of why the socialist, authoritarian Democrats crashed and burned in Virginia on Tuesday: they weren’t Leftist enough.

With a straight face, the erudite congresswoman explained: 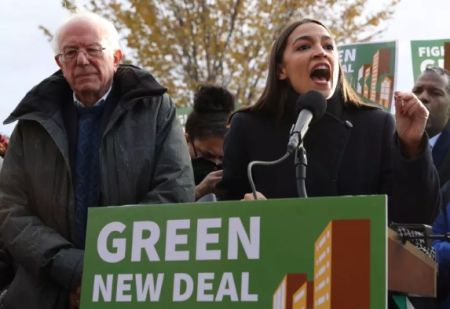 “I know that Virginia was a huge bummer. And honestly, if anything, I think that the results show the limits of trying to run a fully 100% super-moderated campaign that does not excite, speak to, or energize a progressive base. And frankly, we weren’t even really invited to contribute on that race.”

This is the first time I’ve ever said this, but I really hope that the Democrats listen to her now and follow her off into commie oblivion.

After spending the first 24 hours after the election pretending that Virginia Republicans didn’t elect a black woman to the second-highest office in the commonwealth, mainstream media hacks went full-metal stupid trying to diminish the significance.

A.J. covered that for us:

MSNBC host Joy Reid said Virginia’s Republican voters should get no credit for electing a person of color because her opponent — Democrat Hala Ayala — also is a person of color.
“What Republicans are now doing is, they basically demand credit any time any of them ever voted for anybody Black, or if there’s a Black guy on the Supreme Court that’s conservative,” Reid claimed.

“Any Black conservative is, supposedly, or the Black president having ever been elected, right? The fact that he was elected, period, means there’s no racism. So you had a choice of two Brown/Black people and you picked one of them. Do you get credit? Do you get special credit?”
Michael Eric Dyson, a professor and noted left-wing racialist, naturally agreed with Reid’s warped analysis and added some delusional bigotry.
“The problem here is, they want White supremacy by ventriloquist effect. There is a Black mouth moving, but a White idea running on the runway of the tongue of a figure who justifies and legitimates the White supremacist practices,” Dyson ranted.

“We know that we can internalize in our own minds, in our own subconscious, in our own bodies, the very principles that are undoing us. So to have a Black face speaking on behalf of a White supremacist legacy is nothing new. 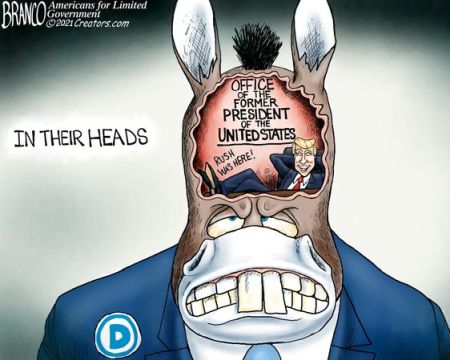 "And it is to the chagrin of those of us who study race that the White folk on the other side, and the right wingers, the other side don’t understand.”

Their emotional torture delights me in ways I can’t even begin to describe.

Democrats are going through so much anguish right now because they know what the Republican victories in Virginia really mean:

Their tired narratives got blown all to hell and they learned the hard way that reflexively barking “TRUMP!” isn’t a real political strategy. Voters are more motivated by having something to vote for, rather than against.

The 2021 Democrats aren’t offering the American electorate anything beyond the fact that they hate Donald Trump.

Let’s not tell them that he won’t be on the ballot next year.

Stephen Kruiser is a professional stand-up comic, writer, and recovering political activist who edits and writes PJ's Morning Briefing. When not being a reclusive writer, Kruiser has had the honor of entertaining U.S. Troops the world over.

Many American Voters say Democrats have an old-people problem - Nancy Pelosi is 80 years old, Joe Biden's 74, Bernie Sanders is 76, and Chuck Schumer is 70 by N/A is licensed under N/A