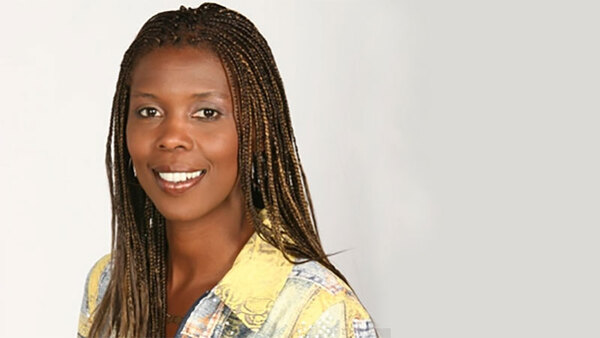 Columnist Star Parker by N/A is licensed under N/A
Can it be accidental that Biden reached out to millions of young voters with college loans, offering them "forgiveness" just prior the election?
By Star Parker

First, in Texas, federal district court Judge Mark Pittman, one of nearly 300 federal judges appointed by former President Donald Trump, ruled the initiative unconstitutional. The judge rejected Biden's claim that the 2003 Heroes Act gives him authority to wipe out these loans. That act, per the judge, was about loan assistance for military personal during war or other emergencies.

The lawsuit was filed by the Job Creators Network Foundation on behalf of two students holding loans that did not qualify for the relief, demonstrating the inequities of the initiative and the failure to provide the usual comment period for citizens to voice concerns.

Now, in response to six states that have sued challenging the legality of this loan forgiveness program, a federal appeals court has issued an injunction blocking the program from moving forward.

The Wall Street Journal has called this loan write-off measure "the largest presidential abuse of power in decades."

I have already written about the folly of this loan forgiveness program.

Private debt markets in our country work extremely well regarding loan management and defaults. The problems arise -- excessive defaults -- when government gets in the business of providing loans, which are inevitably constructed and targeted with political objectives.

And, these student loan programs simply exacerbate the real problem, which is runaway costs of college education. Over the last 20 years, escalation of the cost of college tuition and textbooks have been more than twice the national average inflation rate.

Universities are essentially being subsidized by government programs designed allegedly to help students get higher education.

But this massive loan forgiveness initiative is also an example of the crass political opportunism that inevitably follows from the accumulation of government power.

Can it possibly be accidental timing that Biden reached out to tens of millions with college loans, offering to wipe these loans out, just prior to elections when the outlook for his party was not looking encouraging and when his own polling has been poor?

A week before the elections, Biden made remarks at the White House saying that our democracy is "at risk ... democracy is on the ballot this year."

Now that the elections produced far better results for Democrats than anyone anticipated, the president called the elections "a good day for democracy."

No one ever accused Biden of being a deep thinker. But it should concern every citizen that his assessment of the state of our democracy follows from the success at the polls of his own party.

In his remarks at the White House, the president stumbled onto the truth.

"We, the people, must decide whether the rule of law will prevail or whether we'll allow the dark forces to thirst -- that thirst for power put ahead of the principles (that) have long guided us."

We saw similar improper and politically motivated behavior by Biden in the recent release of oil from the nation's Strategic Petroleum Reserve. As pointed out by John Hill, who was involved in the legislation that created the reserve, the reserve exists for national security in instances of "severe energy supply disruptions." It's not there to manipulate oil prices when politicians find this expedient.

Fortunately, as evidenced by these court decisions slamming the door on this abuse of power by our president, even conservatives and Republicans who are disappointed by the results of these elections can feel positive that we still have rule of law in our nation.

As Pittman wrote in his opinion, "In this country, we are not ruled by an all-powerful executive with a pen and a phone. Instead, we are ruled by a constitution that provides for three distinct and independent branches of government."

Columnist Star Parker by N/A is licensed under N/A