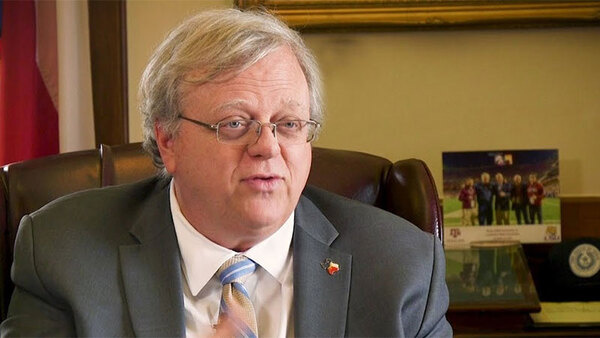 Voter irregularities in Harris County are jeopardizing public trust in elections and needs to be fixed!

Texas Insider Report: AUSTIN, Texas – Senator Paul Bettencourt (R-Houston) refiled Senate Bill 220 yesterday in response to the serious improprieties reported to Texas' Secretary of State (SOS) concerning Harris County's election administration during the November 8th election. SB 220 will allow the SOS to appoint Election Marshals from the Department of Public Safety who will be able to be dispatched to investigate potential voting violations as they occur during the November Uniform elections and primaries.

"What happened in the November 8th election in Harris County is absolutely abominable and can NEVER happen again! Which is why I will continue to champion voter integrity bills like Senate Bill 220. Citizens should have absolute confidence in their elections, they should be able to show up to a polling location and cast their ballot without being undermined by incompetent government because that's what democracy's all about but that's what's being denied here!" Senator Bettencourt exclaimed.

Senate Bill 220 will also provide emergency judges to be able to hear cases within three hours of reporting during early voting and within one hour during election day. These judges would be appointed by the eleven regional administrative law judges across the state.

“I stand with Senator Bettencourt in fighting the rampant fraud of failing elections officials in Harris County. I am proud to have filed HB 549 as the House version of Senator Bettencourt’s bill, which gives the Secretary of State the authority to send the Texas Rangers to stop election cheating as it happens and investigate active election fraud. We will protect election integrity in Texas!” stated Representative Swanson.

Unfortunately, election irregularities in Harris County are not a new phenomenon. SB 220 was previously filed as SB 1589 during the 87th Legislative Session, and was passed out of the Senate Committee on State Affairs.