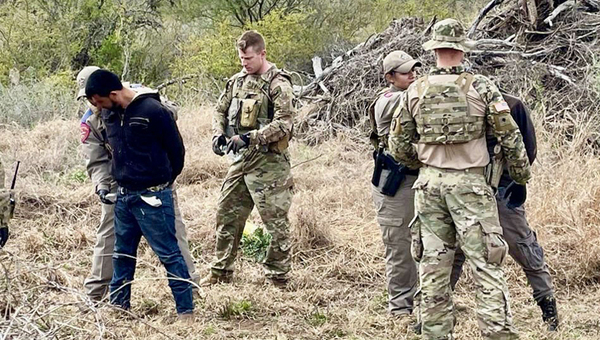 Texas Insider Report: AUSTIN, Texas – Since the launch of Operation Lone Star (OLS) just over one year ago, Governor Greg Abbott's Office, the Texas Department of Public Safety (DPS) and the Texas National Guard have continued to work to secure the border, stop the smuggling of drugs, weapons, and people into Texas, and prevent, detect, and interdict transnational criminal behavior between ports of entry.

As a result of this multi-agency effort, Texas has made:

In addition:
And in the fight against the deadly drug fentanyl, DPS has:
RECENT HIGHLIGHTS FROM OPERATION LONE STAR:

Last week, DPS rescued an 18-year-old female migrant who was abandoned by her smuggler. She had been walking for five days with no food or water. She got to the top of a mountain and called 911, where DPS were able to locate and rescue her. 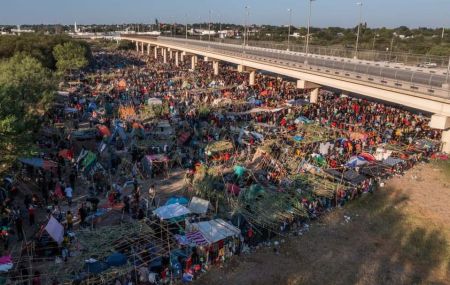 Earlier this week, members of the Texas Army National Guard assisted in the apprehension suspected human traffickers and unlawful immigrants. A DPS trooper, joined by Guard personnel, performed a traffic stop after a vehicle ran a stop sign near the Texas-Mexico border. The driver of the vehicle, a U.S. citizen, had recently been released from jail and was on bond for illegal drug-smuggling. During the traffic stop, three additional passengers were identified as having likely crossed the border illegally.

Earlier this week, DPS assist Border Patrol in a vehicle pursuit of a suspected smuggler. During the pursuit, the vehicle being pursued crash and caught fire. The smuggler fled, leaving behind a female migrant trapped inside the vehicle. DPS Sgt. Genaro Hinojosa sprang into action, breaking a window of the burning car and removing the female migrant who was being smuggled inside a duffle bag, and saving her life.

A group of 16 unaccompanied males wearing camouflage, military clothing and carpeted boots, to avoid leaving footprints, were apprehended by Texas Army National Guard soldiers and partner agencies earlier this week. The Guard personnel tracked the individuals in thick vegetation near the Texas-Mexico border. U.S. Customs and Border Protection aerial units also detected the individuals from above, then directed the on-the-ground apprehension.

Lt. Christopher Olivarez of DPS shared his thoughts on the Biden Administration's move to reverse Title 42 with Maria Bartiromo.