McCAUL: How the Impeachment Proceedings Against President Trump Defy Our Democracy 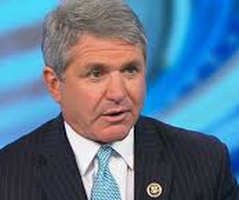 Whether Republican or Democrat Americans should demand fair & transparent process

Texas Insider Report: WASHINGTON DC  Picture a court where there are no juries. The doors are closed to the public. And the judge has pre-determined your guilt. In this court there are no appeals and the secret proceedings are unchecked by any other branch of government.

As the lead Republican of one of the three committees with jurisdiction over the current impeachment inquiry I am one of the few members of Congress witnessing this investigation unfold firsthand.

The only information that has been released to the public regarding these proceedings are the leaks the Democrats cherry-pick for the press.

These Star Chamber" courts were once a popular vehicle for the British Monarchy to expedite legal conflicts outside of common-law courts.

There is no due process in a Star Chamber.

King Charles I abused this court system to circumvent Parliament and accomplish his own agenda. The corrupt Star Chambers were eventually abolished by Parliament in 1641.

Now the Star Chamber has made a comeback in the halls of the United States Congress. These same strong-arm tactics are in play today by Rep. Adam Schiff (D-Ca) running his own court in the most secretive room in the Capitol to overturn the 2016 election and remove the president of the United States from office.

Because the House did not vote to adopt a set of rules to ensure fairness and objectivity at the outset of this impeachment inquiry as has been done in the past during both the Nixon and Clinton impeachment proceedings this investigation is operating solely under Schiffs authority. 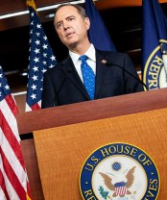 Under Schiffs rules not only are most members of Congress not serving on one of these three committees barred from attending impeachment-related depositions they are not allowed to even read the transcripts.

Furthermore Republican Members on a committee of jurisdiction cannot even view the transcript unless they set up an appointment and are supervised by a member of Schiffs staff.

Schiff has eliminated transparency in these depositions by placing a gag-rule on members who have access to the depositions such as myself from speaking publicly about the closed-door sessions.

He has denied the very branch of government that is being called into question from participating in the depositions.

Impeaching a sitting president is one of Congresss most serious Constitutional responsibilities. What we are witnessing in these impeachment proceedings is not a process to get to the truth of serious allegations. This process is a political one designed to get to a verdict and manipulate public opinion through selective leaked media reports in order to justify what is a certain impeachment vote by every single House Democrat.

This unprecedented behavior is defying our democracy whether you are a Republican or Democrat as Americans we should demand a fair and transparent process.

Congressman Michael McCaul represents the 10th Congressional District of Texas in the U.S. House of Representatives. A past chairman of the House Homeland Security Committee he is currently the ranking Republican on the House Foreign Affairs Committee. For more information on Constituent Services Legislative Updates and his work in Washington D.C. follow him on Facebook  Twitter Instagram or YouTube.