Gowdy: Americans Dont Like Duplicity of Always Looking at Republicans & Having a Tendency to Ignore Democrats 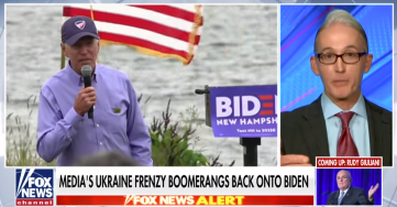 WASHINGTON D.C. (Texas Insider Report) Their obsession with evicting President Trump from the White House predates his actual presidency. By November 10 2016 just two days after the election television talking heads were already conjuring up theoretical scenarios in which Donald Trump could be removed from office" said Bill DAgostino a research analyst for Newsbusters.org who unearthed the damning month-by-month-by-month media impeachment video of evidence yore.

Yes news media of all formats has relied on innuendo speculation unnamed sources and wishful thinking for its non-stop coverage of the Democratic Partys impeachment inquiry."

The prospect of impeachment has delighted the press and as DAgostino notes journalists have been in love with the idea of impeachment for quite some time.

Since then just two days after the election TV journalists have amassed quite a repertoire of possible causes for a premature end to the Trump White House including (but not limited to):

Meanwhile the idea of what exactly constitutes a Quid Pro Quo including instances by former President Barack Obama for instance or grounds for impeachment is subject to interpretation.

The Adam Schiff that I used to work with the Adam Schiff who spent 8 years covering for Barack Obama and who did everything in his power to protect Hillary Clinton all of a sudden now hes a fan of transparency? commented former prosecutor and Congressman Trey Gowdy to Fox News Sean Hannity earlier this week. 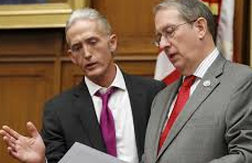 Heres what I think my fellow citizens believe If youre going to investigate one fact-pattern you also need to investigate a nearly identical fact-pattern (in the same way) said Gowdy of the most recent Ukraine controversy surrounding Democrat presidential candidate Joe Bidens sons questionable business dealings.

What they dont like is the duplicity of always looking at Republicans but having a tendency to ignore the Democrats said Gowdy who represented South Carolinas 4th Congressional District from 2012 through January 2019.

You just played the tape of President Obama saying Ill have more flexibility (after the election) if I have a 2nd Term.

I never heard a single reporter ask a question about what he meant by that.

We never heard of any calls for transcripts of what was said before or after that conversation. That duplicity is what drove me out of politics.

I hope my fellow citizens can see through the duplicity of someone like Adam Schiff.

And a few assorted headlines from the last 24 hours tell their own story:

Examples of impeachment irony are also being noted... and growing.

Doh! The Democrats impeachment parade is raising lots of money for Trumps re-election campaign and other GOPers" reports Twitchy.com.

Even Politico points out that GOP cashes in on impeachment."

The presidents 2020 Campaign Manager Brad Parscale (left) tweeted Wednesday of a 50-state avalanche of donations in response to the campaigns Impeachment Defense Team" plea in which small donors across America were asked to join the effort to fight Mrs. Pelosi and the House Democrats announcement of an impeachment inquiry.

In the 24 hours since news of Nancy Pelosis impeachment announcement @realDonaldTrumps campaign & @GOP have BLOWN OUT fundraising! $5 Million combined in 24 hrs. Donors in all 50 states. Huge groundswell of support leading to Trump landslide in 2020! Brad Parscale (@parscale) September 25 2019