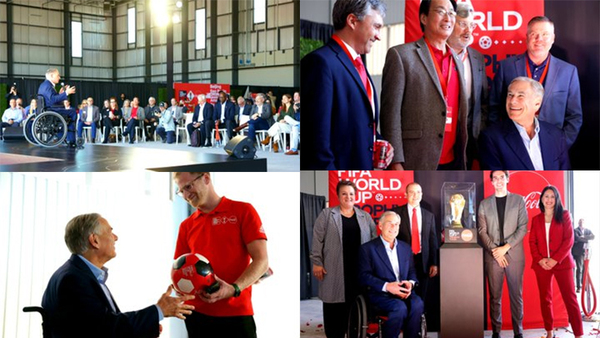 Texas Insider Report: AUSTIN, Texas – Governor Greg Abbott today celebrated the FIFA World Cup Trophy Tour at a welcome event in Addison as part of a worldwide tour sponsored by Coca-Cola that gives fans a chance to view the prized trophy. The Governor delivered remarks at the welcome event recognizing the importance of the World Cup Trophy in the Dallas-Fort Worth metroplex, as well as the 2026 World Cup that will be hosted in Texas.

"The Lone Star State is a premier sports destination with passionate sports fans. As the hosts of Super Bowls, conventions, and other large events, Dallas and Houston are experienced in the logistics of world-class events. We look forward to welcoming FIFA, its sponsors, and its fans here in Texas in 2026."