ELECTION UPDATE: Biden's Declining Approval Rating "has the Potential to Sink Into the High 20s Before Mid-Term Elections"

With Obama in the White House, the 2010 Democrats lost a disasterous 63 House seats. Under Clinton, the loss totaled 54 seats.

And with Joe Biden occupying the White House in 2022, Democrats face a similar nightmare scenario with just over six months to go before mid-term elections.

Biden’s "Approval Rating" sank to a new low of just 38% last week, with 53% "Disapproving." Even worse, his approval rating on the economy has dropped for a fourth straight month to just 35%, with 60% of Americans "disapproving."

The problem? Well, there's:
The issues are compounded by Biden’s credibility problems, as well as historical patterns in which a president’s party loses seats in the first mid-terms of his tenure.

Some Democrats want to believe a turnaround is still possible, or at least that losses can be kept to a minimum. But others – granted anonymity to speak candidly – have already sounded the alarm.

“I think this is going to be a biblical disaster,” said one Democrat strategist, who did not wish to be named.

“This is the reality we are in as Democrats – and no one wants to face it.”

The outlook for Democrats in November is so grim that one Democrat insider is saying the party faces a “biblical disaster” in November. 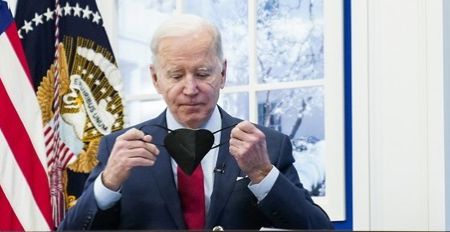 Biden’s poll numbers began to sink after the disastrous withdrawal from Afghanistan – and have continued a slow and steady decline as food and gas prices have increased to historic levels.

As if all that were not enough, after he campaigned on being able to defeat the pandemic, COVID-19 has killed almost 1 million Americans – not to mention inflicted economic and psychological pain on Americans nationwide while transforming the contours of daily life.

And it’s not over yet.

“There’s COVID, Afghanistan was just last year, now there’s the war in Ukraine and the economy is up or down depending on who you are... and its now Joe Biden’s problem, Joe Biden’s challenge.”

And despite all the evidence, there's still internal debate going on within Democrat Party ranks as to whether the party’s messaging has gone awry, or whether the real problem is one of substance rather than spin.

Byron York of the Washington Examiner recently checked in with three reputable Republican pollsters to see what they think is coming down the road. Here's suammry of what they told him.

I asked three sharp Republican pollsters and political consultants: David Winston, Curt Anderson, and Dave Carney. The takeaway from all three is that it appears the majority coalition that elected Biden has fallen apart.

And that is terrible news for both the president and his party.
“While there are a lot of groups that have become more disapproving of Biden’s job performance, Independents are at a remarkable level of disapproval,” Winston said in an email exchange. 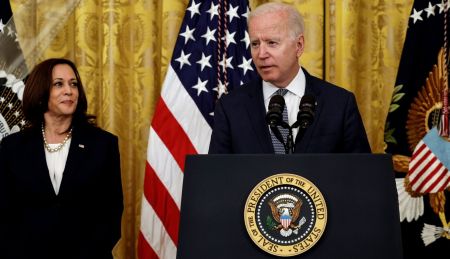 "So among a group Biden won by 13 points in 2020, after Clinton lost them by four in 2016, his disapproval is 30 points or more higher than his approval.

"This means the majority coalition that elected him is now not in place. Regaining it will be difficult, given his current poor job approval performances on the economy and other issues.”
Carney and Anderson had different thoughts on whether Biden has hit the bottom, or nearly so, or can plunge further.
“There is no limit or floor to a president’s approval rating, but historically, Nixon’s 24 percent in January 1974 seems like the practical floor for a modern-day president,” Carney said in another email exchange.

“Biden has the potential to sink into the high 20s before the midterm elections, considering inflation will be raging by then."

And Consider This: Things are so bad for Democrats, that on April 16th the Washington Post publsihed a story listing 10 Democrats who could run for president... in 2024. It was entitled, "The top 10 Democratic presidential candidates for 2024, ranked."

That's not a vote of confidence for Joe Biden – its what quiet panic looks like.