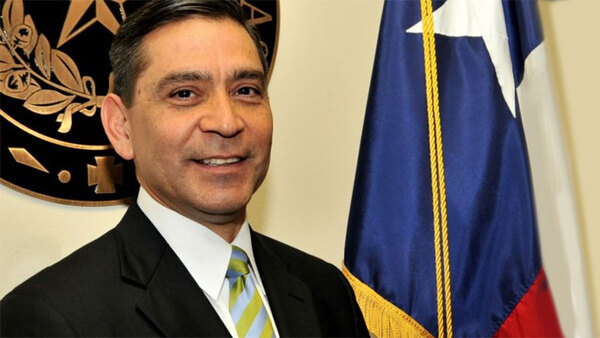 TWC Commissioner Julian Alvarez Representing Labor by N/A is licensed under N/A
“I truly have enjoyed the opportunity to develop impactful and innovative initiatives benefitting both our constituents and employers.”

“It has been a pleasure to serve as the Commissioner Representing Labor of the Texas Workforce Commission for two terms. I am truly humbled and honored to have been given the opportunity to serve you and this great state of Texas,” said TWC Commissioner Representing Labor Julian Alvarez. “I truly have enjoyed the opportunity to develop impactful and innovative initiatives benefitting both our constituents and employers.”

“I’d like to recognize Commissioner Julian Alvarez for his service to Texans,” said TWC Chairman Bryan Daniel. “His efforts have demonstrated his commitment to the Texas workforce.”

“Commissioner Alvarez, the Texas tornado, continuously traveled the great state of Texas to champion the needs of the world-class Texas workforce,” said TWC Commissioner Representing Employers Aaron Demerson. “His focus on developing our workforce helped create a robust pipeline of talent for our employers. Congratulations to Commissioner Alvarez on his next step and thank you for your service to our working Texans.”


Prior to his appointment, Commissioner Alvarez served as President and CEO of the Rio Grande Valley Partnership fostering relationships and coordinating programs to advance regional economic development and employment opportunities. He also served as the Texas Regional Director for U.S. Senator Kay Bailey Hutchinson advising on legislative and policy issues related to South Texas. Prior to that, Alvarez served on the South Texas Drug Task Force as a State Trooper for the Texas Department of Public Safety (DPS). After his service with DPS, Alvarez inspired stewardship and leadership as the Director of College Information for Texas State Technical College in Harlingen.