After Biden's 'Nobody's Suggesting Unchecked Inflation is on the Way" Assurance in Mid-July, Consumer Prices Increase 6.2%

For President Joe Biden, this issue appears to be a real "Head-Scratcher." by N/A is licensed under N/A

Biden Gets a harsh Reality Check: Inflation's a Tax Hike and Breaks His Promise

WASHINGTON, D.C. (Texas Insider Report) — The White House continually argues that the rapidly growing level of inflation sweeping across the U.S. is "transitory," and a "high class" problem. But every time Americans hear another set of bad numbers on inflation, millions are going to be harkening back to President Biden’s angry, defensive assertion on July 19th: 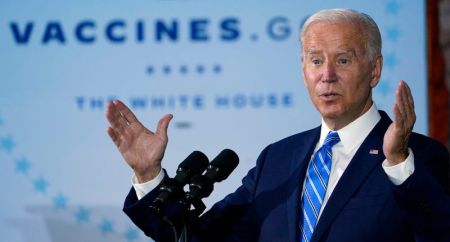 Earlier today the U.S. Labor Department reported that the Consumer Price Index – the CPI that measures what consumers pay for goods and services – rose 6.2% in October compared to a year ago, the largest such increase in 30 years.

That figure marks the fastest pace of increase since 1990, and is the fifth straight month in which inflation has increased by more than 5%.

Inflation is a tax that affects everyone, which is why polling shows that a vast majority of Americans are concerned about it. In January 2021, before Joe Biden took over the presidency, the Annual Inflation Rate was a stable 1.4%.

But during the 2020 Presidential Election, candidate Joe Biden promised not to raise taxes on anyone making less than $400,000. He vowed to stand up for the "Working Class," and to protect the paychecks of "everyday" Americans.

Yet after just 12 short months a president, Biden's economic policies have led to rampant, runaway inflation on items Americans use every day,

And its going to get worse, analysts say.

According to AAA, the nationwide average price of gasoline is now the highest it has been since 2014.

Since everything American consumers buy has to get from the supplier to the store on a truck that runs on gasoline, higher gas prices mean higher prices for everything else – on top of the supply shortages being driven by over-regulation affecting the "supply chain."

Has Biden broken his promise? 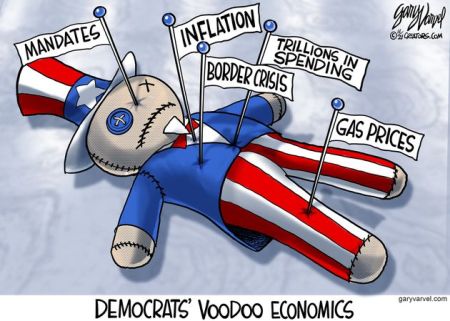 Americans for Tax Reform has a breakdown of price increases:
People are working less, and earning less while inflation surges – meaning that purchasing power is being eroded. And the erosion of purchasing power is especially concerning given that wages are decreasing.

While inflation has already hit American families hard – and has remained consistently high since Biden took office – Democrats are insisting on pushing policies which would make this problem even worse.

According to a recent Harvard CAPS & Harris Poll:
Still, Democrats are moving forward with two multi-trillion-dollar tax and spending bills (the "Infrastructure Bill" and the "Reconciliation Bill,") as the idea of wasteful spending packed with handouts for Green Energy, Big Labor, and Welfare Expansion during a time of such high inflation is viewed by voters as careless and short-sighted.

If the administration insists on having an anti-fossil fuels policy that continues to drive energy prices ever higher, and shuts down pipelines while begging OPEC to increase its production to offset the loss of energy here at home, its not going to sit well with the public and they’re not going to be able to convince the American people that inflation is under control.

If you had to guess which issue Americans will still be talking about in six months, you'd probably not pick the "Climate Summit," the Democrat's January 6 Capitol Hill riot investigation, or even Democrat's infighting in the aftermath of the "infrastructure bill" debacles.

If you had to pick – the economy, particularly the angles of inflation and jobs and the supply-chain problems, would be at the top of the list.

For President Joe Biden, this issue appears to be a real "Head-Scratcher." by N/A is licensed under N/A