Only 18.1% of respondents “strongly approve” of Mr. Biden’s handling of the job, while

WASHINGTON, D.C. (Texas Insider Report) — While 52% of Registered Voters now say they "Strongly Disapprove" of President Biden’s job as president, his "approval rating" also dropped to an just 36% during the last week of November. In addition, a recent ABC News/Washington Post Poll shows that Congressional Republicans have their largest lead since 1981 on the important "Generic Congressional Ballot" question.

The Nov. 26th-29th Poll conducted by the Trafalgar Group was released Wednesday, and found that:
Over half of Americans also say they believe President Joe Biden’s "Build Back Better Act" would hurt the U.S. Economy, according to another November 18th Trafalgar Poll:
The “very hurtful” category included: 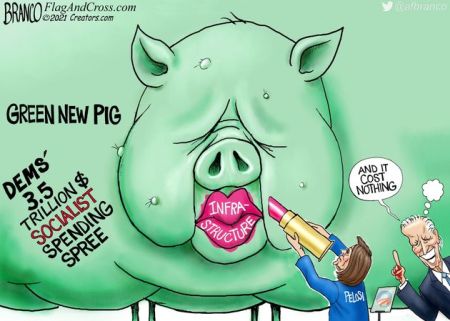 The social spending bill – which has languished in Congress for months now – is projected to increase that country's National Debt by $367 billion over ten years according to estimates by the Congressional Budget Office (CBO).

The non-partisan agency’s final report proved the thinking of economists who had pushed back on the Biden’s claim that the bill will be “fully paid for.”

According to an ABC News/Washington Post Poll released November 14th, Republicans currently have their largest lead in the important Generic Congressional Ballot Question since 1981.

And if that isn't enough to worry Democrats, those identifying as Independents – who are often considered as the swing voters that provide the winning margin in elections – would support the GOP candidate by a 50%-to-32% margin.

This is especially notable considering they voted +12% for the Democrat Party during the most recent 2018 mid-term elections.

“If the mid-term elections were today, 51% of registered voters say they’d support the Republican candidate in their Congressional District, 41% the Democrat,” said the Langer Research Group that conducted the poll for ABC News and the Washington Post.
“That’s the biggest lead for the Republicans in 110 ABC/Post polls – since November 1981."

It’s only the second time the GOP has held a statistically significant advantage – the other time being a +7 point lead in January of 2002 – and is only the 9th time Republicans have held any numerical edge at all, said the Langer Group.